Learn about the Mars placement in the 11th house of your astrology/natal chart and what it means for your personality. 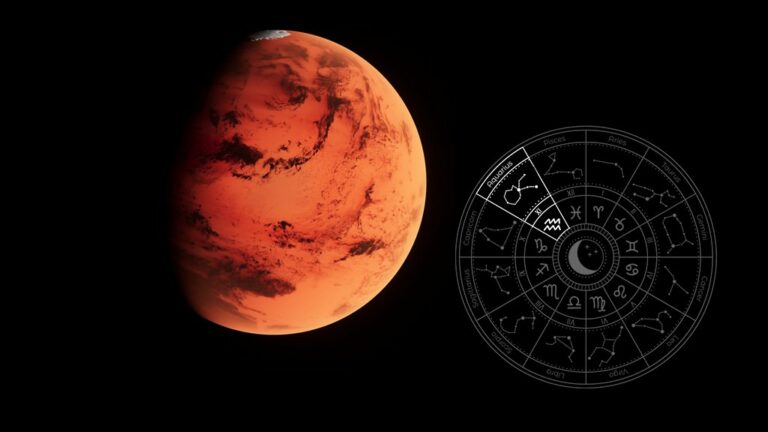 The 11th house represents the aspirations and social circles of a person. It signifies how a person works towards their dreams and ambitions. When Mars, the planet of division and energy, is in the 11th house, it can show a very ambitious person who is ready to go after all of the things they want in life.

In the House of Friendships, Mars, the god of war as it is often called, can manifest a lot of conflicts connected to friendships and social circles. Mars is the planet of aggression and action, so it can show an individual who is very competitive with the people around them.

These individuals are driven and passionate. They are always ready to pursue their dreams and take action. They are determined to succeed in life and want to put in the effort needed. Mars in the 11th house people can have a prominent social presence.

Natives of Mars in the 11th house attract attention with their ability to go after what they want in life. They are bold and have a lot of courage. They aren’t afraid to overcome their fears and look at the bigger picture.

Outcomes Of Mars in 11th House

Mars in the 11th house is concerned about how an individual pursues their ambitions in life. This affects the following areas:

The natives with Mars in the 11th house are passionate about what they want in life. They want to be the best at what they do. They have big dreams, and nothing stops them from pursuing them. They are likely to have an active social life and many connections.

Networking can be very beneficial for them and may provide them with many opportunities. However, it still requires effort on their side. They have friends who support them and want the best for them.

When it’s in the 11th house of friendships, it can show a lot of conflicts and drama connected to their friendships and the people in their social circles. They can be very competitive with their friends.

They are very ambitious but can be quite primal in pursuing their dreams. They can take action without making a thorough plan first. They aren’t afraid of circumstances and can do things that can lead to bad outcomes later.

The planet of action and aggression in the 11th house of friendships shows that they desire a partner who is very supportive of them. They want to be in a relationship that allows them to grow and find purpose in their life. They want an ambitious partner, someone who wants to achieve great things in life.

Much of the focus will be on what they can achieve with their partner, and things like the emotional connection and bond in the relationship could be put aside.

Individuals with Mars in the 11th house tend to be very good at business because of their ability to go out of their comfort zone, meet new people and take advantage of each opportunity that comes to them.

They are competitive and ambitious and are great at dealing with any difficulties they face in their career or personal endeavors. Due to this ambition, they can overlook other areas of their life. They can be very hard on others and have no problem using others to their advantage.

In Synastry, Mars in the 11th House can be indicative of a great friendship and a lot of chemistry. The pair can be very ambitious, and fulfilling goals will be an important part of the relationship. They might spend a lot of time together, and the relationship will be very exciting.

On the negative side, these two can be very competitive with each other. The Mars person could push the 11th House person to do their best without considering their feelings.

There can be a lack of emotional bond, and the relationship can feel friendly rather than romantic. These two can make a great pair who is very driven, but they must focus on other aspects of the relationship to be truly happy with each other.

Natives of Mars in the 11th house are determined to go after the things they want in life and succeed. They are ambitious and driven.

They enjoy going out of their comfort zone and pushing their limits. They can have a lot of friends and a big social circle, but they can be competitive with the people they are around. They may look at the emotional side of their relationships with others.