Learn about the Mars placement in the 9th house of your astrology/natal chart and what it means for your personality. 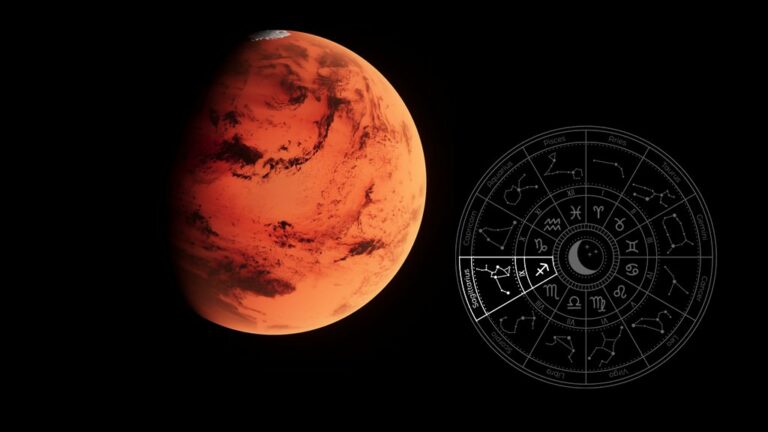 The 9th house represents higher education, knowledge, and travel. It signifies the growth and potential of a person. When Mars, the planet of division and energy, is in the 9th house, it can signify a very academically competitive individual with a passion for growth and personal development.

In the House of Travel and foreign culture, Mars, the god of war as it is often called, can manifest as a very adventurous and open-minded person Mars is the planet of aggression and action, so it can show an individual who is very passionate about exploring and can learn a lot from traveling and visiting different places.

These individuals are curious and lack fear. They are willing to do anything to help their personal growth and development. They want to go out of their comfort zone and do new things. Mars in the 9th house, people can have success in their education.

Natives of Mars in the 9th house attract attention with their knowledge and ability to understand the world. They are open-minded and always willing to learn more about other people and different cultures. Travelling can majorly impact their identity and perception of the world.

Outcomes Of Mars in 9th House

Mars in the 9th house is concerned about an individual’s education, traveling, and will to grow into a better version of themselves. This affects the following areas:

The natives with Mars in the 9th house can be very adventurous and open-minded. They always look for new adventures and have an endless curiosity and passion for exploring. They have a passion for traveling and visiting new places.

They learn a lot throughout their life. They want to become the best possible version of themselves and are likely to put a lot of their energy into their personal growth journey. They are academically ambitious and want to have success in their education.

When it’s in the 9th House of a person’s natal chart, it can show a person who has difficulty settling for anything and finding peace in their life. They always look for a new adventure, and commitment can be quite difficult for them.

Their personal growth journey may require a lot of sacrifices and can be quite difficult for them. They are ambitious, but success in their academic and personal life will need a lot of effort and hard work.

The planet of action and aggression in the 9th house of travel and education can make someone very curious and adventurous in their romantic life. They are likely to be drawn to people who are very different from them. They are attracted to people who have a different background or speak a different language from them.

They will likely find love in a foreign country or in their academic environment. They need an adventurous relationship with a lot of excitement. Settling down can be difficult for them, and marriage could happen spontaneously or later in life.

Individuals with Mars in the 9th house tend to be academically ambitious. They are focused on learning more and educating themselves about different matters. Opportunities come when they take action.

In business or their career, they may succeed in a foreign country or company. Their career can be connected to something foreign such as foreign languages or politics. They can be very competitive and are willing to do anything to get to where they want to be in life.

In Synastry, Mars in the 9th House can be indicative of a relationship that allows both people to grow and expand their horizons. Together they are adventurous and know how to have a lot of fun.

The Mars person is drawn to the 9th house person’s knowledge and open-mindedness. Together they can push each other to do their best, and the relationship is focused on growth and the pursuit of personal development. They can bring out the best side of each other.

Natives of Mars in the 9th house are adventurous and curious about the world.

They want to find out more about everything. They are academically ambitious and are likely to put a lot of effort into their education.

They have a passion for traveling and exploring different places. They can have a hard time committing to anything due to their desire for constant excitement. This can be a problem in their professional ambitions and personal relationships.