Learn about the Mars placement in the 1st house of your astrology/natal chart and what it means for your personality. 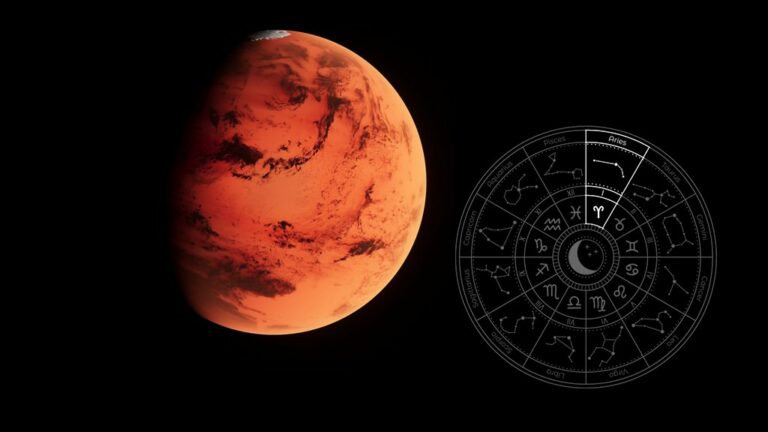 The 1st house represents the identity and personality. It signifies how a person perceives the world. When Mars, the planet of division and energy, is in the 1st house, it can show a very courageous, ambitious, and passionate person.

In the House of Self, Mars, the god of war as it is often called, can manifest as a very competitive and fiery person. Mars is the planet of aggression and action, so it can show an individual with a prominent presence that doesn’t go easily unnoticed by others.

These individuals are energetic and bold. They are always ready to do anything they set their mind on. They can have a child-like spirit and determination that can be unmatched. Mars in the 1st house, people can be great leaders, but at times could be too inconsiderate of others and may lack tact.

Natives of Mars in the 1st house attract attention with their ability to do the things others might fear. They always take action when they feel like something is wrong – they have the courage other people don’t. They can be very protective and defensive of both themselves and others.

Outcomes Of Mars in 1st House

Mars in the 1st house is concerned about what individuals take action for and how they express their drive and energy. This affects the following areas:

The natives with Mars in the 1st house can be ambitious and driven.

They aren’t afraid to take risks others might fear or be reluctant about. They are very passionate about anything they do in life. They have a competitive spirit and always want to be the best at everything they do.

Any failure they face might be seen as motivation to do better next time. They are energetic and never lack spirit. They have the courage to pursue anything they want in life.

They don’t wait for opportunities to come to them; instead, they look for them.

When it’s in the 1st House of a person’s natal chart, it can indicate an impatient and selfish person. They can be inconsiderate of others, and when they are determined to do something, they aren’t aware of the harm it could cause to those around them.

They are easily angered by small things and can often create conflicts without much thought beforehand. They can be aggressive in their approach to others, and people can dislike them without getting to know them first.

The planet of action and aggression in the first house of self can show a person who can be very bold in their approach to others. On the positive side, they can be very charismatic and direct. They do not hide their intentions from others.

In relationships and marriage, they are very protective of their partner and are willing to do anything for them. They prefer to be the leader in the relationship, the person to take action.

On the negative side, they can be quite selfish and inconsiderate of their partners. Their emotions are expressed directly, and at times, they can be too blunt. They have to learn to be more patient with those they love.

Individuals with Mars in the 1st house tend to be very ambitious and determined when they want to achieve something in their professional life. They can be great entrepreneurs and leaders.

On the positive side, they have the ability to take action and risks other people might be afraid of. On the negative side, they can have trouble creating lasting professional relationships and starting businesses with others due to their domineering and strong nature.

They can do great if they start projects on their own rather than with the help of others. They have to learn to control their impulsivity, which can lead to many unwanted mistakes.

In Synastry, Mars in the 1st House can be indicative of strong physical attraction and chemistry. The Mars person can be drawn to the 1st House person’s appearance and personal presentation.

This can be a very passionate relationship, and the pair may feel unable to keep their hands off each other. They can be a great team and be able to motivate and push each other to do their best.

On the negative side, the Mars person can be easily irritated by the 1st House person’s actions. They can lack patience with them, and conflict is bound to happen at times. The pair can be very competitive with each other, and there can be a lack of good partnership.

Natives of Mars in the 1st house are confident, bold, and courageous.

They can do the things other people may fear. They have strong charisma and won’t go unnoticed easily. They are determined to achieve great things in life.

As long as they learn to manage their impulsivity and lack of patience, they can create great relationships with others and become successful in both their personal and professional lives.