Learn about the Mars placement in the 10th house of your astrology/natal chart and what it means for your personality. 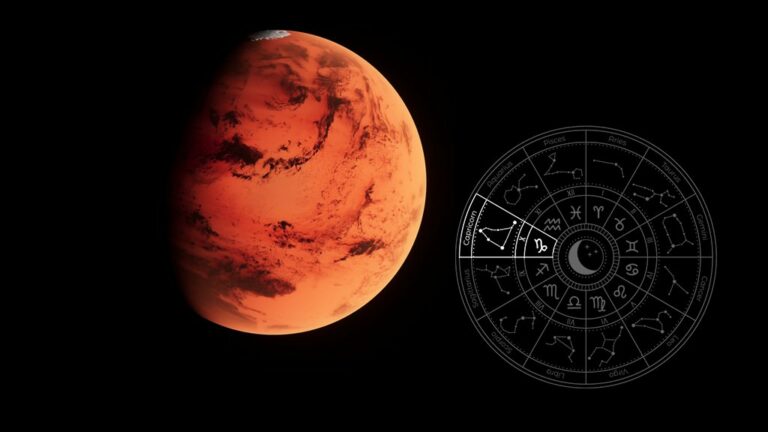 The 10th house represents the career and public image of a person. It signifies how a person is perceived by the world and everyone around them. When Mars, the planet of division and energy, is in the 10th house, a person might be seen as very powerful and ambitious.

In the House of Career, Mars, the god of war as it is often called, can manifest as a very professionally driven and ambitious person. Mars is the planet of aggression and action, so it can show an individual who is willing to do everything they can to reach the place in life they want.

These are fearless and competitive. They do not care about other people’s opinions of them. They aren’t afraid to use others if they want to achieve something in their life. Mars in the 10th house people can be great leaders and have very prominent places worldwide.

Natives of Mars in the 10th house attract attention with their courage and strength. They are admired for their abilities and how competitive and ambitious they are. Others may fear them and still look up to them. They can achieve a lot in life and aren’t afraid of anything.

Outcomes Of Mars in 10th House

Mars in the 10th house is concerned about a person’s public image, career, and ambition. This affects the following areas:

The natives with Mars in the 10th house can be very ambitious and goal-oriented.

Other people may look up to them and have a lot of respect for them. They are willing to do anything to reach their goals in life. They like to live their life to the fullest.

They inspire others and bring out the passion inside everyone. They are good at motivating others and encouraging others to do their best. They can be a great leader.

When it’s in the 10th House of a person’s reputation, it can signify a very power-hungry individual. They are very focused on their ambitions and life and are willing to do anything to get to where they want to be.

They can use people to their advantage. They can be very difficult to deal with, and their domineering nature can be a problem in their personal and professional relationships. They like to lead, and they prefer to be the ones making plans. They can have a troubled marriage unless their partner is submissive and willing to cater to them.

The planet of action and aggression in the 10th house of public image and career can make a person very marriage-oriented.

On the positive side, they like to take care of their partner and provide for them. They want to be the ones to lead in the relationship and make the rules.

On the negative side, their focus on their career may push them to overlook their relationships and their partner. They may prioritize their professional life over their personal life.

Individuals with Mars in the 10th house tend to be very professionally ambitious and are likely to experience success throughout their lifetime. They are bold and unafraid to go after their desires.

They are admired in their career and are willing to go through a lot to reach the level of success they want. They may succeed more in their career than in business or personal endeavors. They can do well in a leadership position. Possible careers are politics and law.

In Synastry, Mars in the 10th House can be indicative of a very serious relationship between two people.

The pair can be very ambitious and will look forward to what they can accomplish in their life together. The Mars person brings out the 10th house person’s drive and ambition. They push them to do their best and become the best possible version of themselves.

Marriage is likely to happen, but the Mars person’s domineering nature could create long-term problems. They can be overly controlling and will prefer to be the one leading the relationship. The relationship can succeed if they learn to be more understanding and patient with each other.

Natives of Mars in the 10th house are ambitious and professionally driven.

They want to accomplish a lot in life and are ready to do anything needed to pursue their goals. They are likely to be respected by the people around them.

Others may fear them but also look up to them. They can be very domineering and demanding in their relationships.