Learn about the Mars placement in the 12th house of your astrology/natal chart and what it means for your personality. 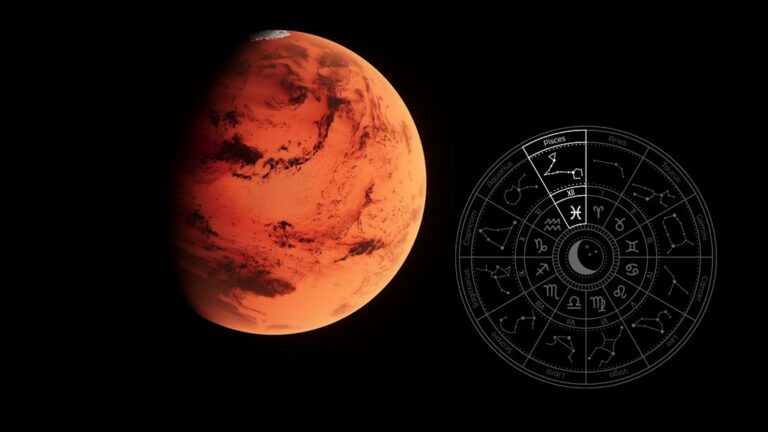 The 12th house represents solitude and the inner self. It signifies what the person hides from others, who they are when they are alone. When Mars, the planet of division and energy, is in the 12th house, it can show someone who keeps their anger to themselves.

In the House of the hidden self, Mars, the god of war as it is often called, can manifest as a lot of internal tension and stress. Mars is the planet of aggression and action, so it can show an individual who keeps their frustrations hidden from others.

Natives of Mars in the 12th house can be very passive, and gaining the courage to take action can take a while for them. They are fearful of confrontation and may keep their anger to themselves. This can be unhealthy in the long run, so they must find a way to deal with their frustrations.

Outcomes Of Mars in 12th House

Mars in the 12th house is concerned about what an individual keeps hidden and the things that secretly anger them. This affects the following areas:

The natives with Mars in the 12th house are very calm and patient.

They are very observant of the things happening around them. They do not get angry easily and are good at resolving their problems. They put a lot of their energy into self-improvement. Their time spend alone is a great time to restore their energy.

They take their time with planning and taking action. They are good at taking care of themselves and others. They are very private and prefer not to share their peace with others.

When it’s in the 12th House, the individual tends to keep their anger to themselves. This can lead to a lot of inner stress and possible anxiety. They prefer to handle problems by themselves instead of seeking help from others.

They can experience a lot of stress when they are alone, and they are easily overwhelmed with responsibilities and any action they have to take. Solitude can be difficult for them.

The planet of action and aggression in the 12th house of inner self and solitude can make someone very private about their romantic life and attraction to others. They are unlikely to show interest or pursue a relationship first. They can be quite passive in love. Despite that, they aren’t easily angered and can care for the people they love.

On the negative side, they can have difficulty sharing their issues with their partner, and many problems in the relationship may not be resolved. They like to hide their frustration and can be very hard to read.

However, individuals with Mars in the 12th house can have difficulty finding motivation and purpose. They can have a lot of goals and ambitions, but they may not know how to pursue them. They are very conscious of the steps they have to take.

They may find it hard to leave their comfort zone and do the things they fear. They are easily overwhelmed by the unfamiliar, so they need direction and motivation in their career and business. They must find someone willing to help them and guide them to prevent that. This way, they will know how to take advantage of their abilities.

In Synastry, Mars in the 12th house can be indicative of a very private relationship.

Intimacy will be on another level, and the relationship between the two will be very close. The Mars person will be very protective of the 12th house person, and in private, they are very attached to each other. There is a strong spiritual connection.

On the negative side, a lot of problems in the relationship can be easily overlooked. They may hide things from one another, and if they have a problem, they are unlikely to communicate their thoughts and open up about their feelings. This can lead to a lot of hidden frustration with the other person.

Natives of Mars in the 12th can have a lot of energy during their time alone.

Despite that, much of their anger and frustration are hidden and aren’t easily expressed.

They can have difficulty in their professional life because they can be quite passive and lack direction in life. They are protective and very private about their connection to their partner in their personal relationships.