Learn about the Mars placement in the 4th house of your astrology/natal chart and what it means for your personality. 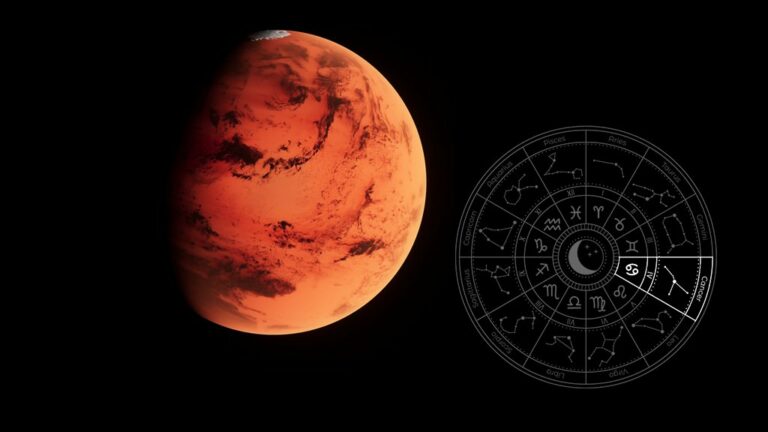 The 4th house represents the family and parents. It also signifies the emotional environment of a person. When Mars, the planet of division and energy, is in the 4th house, it can show a very complex relationship with the parents and a very dominant nature at home.

In the House of Home, Mars, the god of war as it is often called, can manifest in many stressful situations related to the home and family. Mars is the planet of aggression and action, so that it can show an individual with a very passionate and primal character.

These individuals like to lead at home. They don’t like to follow the rules of others – they want to be the ones to make them. Mars, in the 4th house, people can be very protective of their family and want the best for the people around them.

Natives of Mars in the 4th house attract attention with their ability to use their emotions as a motivation to act on the things they want. Despite the conflict, they may face in their close relationships, they love the people around them and are willing to do everything for them.

Outcomes Of Mars in 4th House

Mars in the 4th house is concerned about how individuals express themselves at home and how they show their feelings. This affects the following areas:

The natives with Mars in the 4th house can be very passionate. They are very honest with their feelings. They are unable to hide them.

People from Mars in the 4th house are protective of the people they love, especially their family and close friends. They like to defend the people who cannot defend themselves.

They do everything with passion and are easily motivated. They look for inspiration around them. Their energetic nature and curiosity could arouse their ambition to move and change their living location throughout their life.

When it’s in the 4th house, it can show an individual who can be very selfish and careless. They are primal in the expression of their feelings, and they do not care about the outcomes. They can be very impulsive and aggressive when emotionally hurt.

The planet of action and aggression in the 4th house of the family can show someone who can get into many conflicts with the people they are closest to, including their romantic partners and spouse. They can be quite possessive and controlling in their relationships and lack respect for other people’s boundaries.

On the positive side, they are very passionate and open about their affection for their partner. They want the best for their partner and will seek all kinds of ways to help them and make their life easier. They like to be the ones to lead in the relationship.

Individuals with Mars in the 4th house can be very passionate about the things they love, but their energy can be put into their domestic environment rather than their careers.

On the positive side, they can turn their ideas into action. However, they may do their best in a family business or a career closely connected to their family. They have difficulty leaving their comfort zone and may prefer to do something already familiar to them.

They may work well on a business with a family member, but they have to be the ones to lead and make the important decisions.

In Synastry, Mars in the 4th House can be indicative of strong emotional passion between two people. This aspect can bring out a very primal side of both people, and the relationship could go through many ups and downs in the long run.

They are very protective of each other, but jealousy and conflict in the relationship can become a big problem. The Mars person is very protective of the 4th House person, and they want them to be safe at all times. On the negative side, they can be too dominant and controlling.

On the other hand, the House person can be too sensitive and emotional, and the Mars people can easily be irritated by that. Living together can be difficult, and they may face many problems connected to their living situation and the dynamic they create together.

Natives of Mars in the 4th house are passionate and primal with their emotions.

They cannot hide their emotions. In their family, they like to be the one in control, the one who leads, as they are very protective of their family and the people they are close to.

They can also experience some difficulties connected to their family and domestic environment.