Learn about the Venus placement in the 7th house of your astrology/natal chart and what it means for your personality. 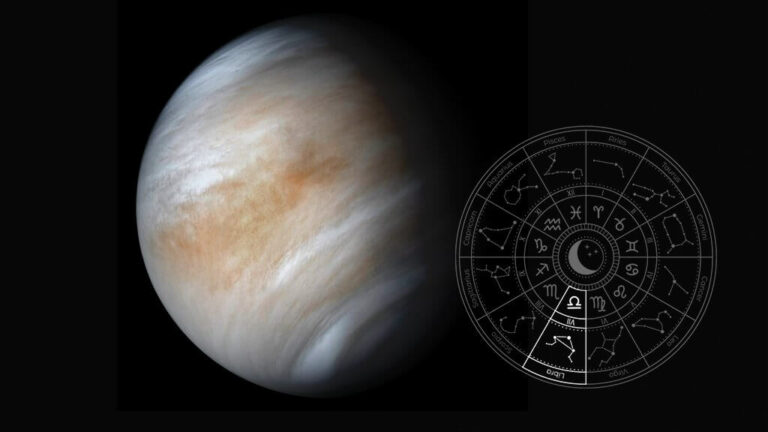 Venus rules Libra, and Libra rules the 7th house. Thus, the planet of love in the 7th house is quite literally a match made in heaven. The lives of natives with this placement revolve around their relationships with others, especially the bonds they forge, whether romantically or platonically.

Always striving for peace and order, these individuals will come up with ways to reconcile two opposing sides. They are firm believers in living in harmony, maintaining that there should be a balance when it comes to giving and receiving.

The 7th house is also known as the House of Marriage. Thus, the married life of natives with this placement will be full of love and affection, as if they are blessed by the Roman goddess of love and beauty herself.

Everyone wants to be loved, but this article can help one understand how Venus’s deep-seated need for affection in the 7th house natives is different.

Outcomes Of Venus in 7th House

The following areas are affected by this placement, with both the planet and house focusing on aspects related to love:

Continue reading this article to know the specific outcomes for natives of Venus in the 7th house.

The energy of Venus flows freely in the 7th house, which is evident in the way natives attract a lot of people. They like to engage with others, especially within their large social group, standing out even amongst the crowd with their humor and charm.

Not only are they great at social activities and meeting new acquaintances, but they are also great at maintaining these newfound links. Since they emphasize bonds, they know what to do to nurture and strengthen their connections.

Their fondness for relationships also leads to their love for peace; they don’t want to see strained relationships, and thus, they will go to extreme lengths just to preserve harmony.

They have an innate talent for mediating between clashing parties.

Despite being skilled mediators, natives can’t easily decide when presented with opposing ideas. They need someone to guide them, whether a romantic partner, a supportive family, or an encouraging group of friends.

Moreover, because Venus is in the 7th house, it’s as if natives can’t live without a significant other. They can be too dependent on their partner, unable to stand up for themselves even when they are being taken advantage of.

Their need for constant affection can make their relationships unstable. Even though natives prioritize their partners, this is not always what the other party needs or even wants; too much of everything is too much.

As mentioned, Venus in the 7th house is a promising placement with the overlapping areas they affect. Natives are in love with love, and they want to be in a romantic relationship because they can’t bear being alone.

They might change partners frequently just to relish that novel feeling of being in a new relationship all over again, but when they find the partner they want to settle down with, they will be extremely loyal.

The planet of love will bless natives, helping them find their soulmates and live happy married lives.

Respect, affection, and loyalty will be at the center of the relationship. As long as there are no negative aspects in their natal charts, there will be no major issues to worry about.

Natives are loved by the public, which is not surprising considering the influence of Venus on top of Libra’s energy.

Thus, it will benefit them to have a career out in the open, whether more straightforwardly, like being a public relations manager or a business frontman.

Other people can also sense natives’ strong values and ethics. Their trustworthy nature makes them effective in making deals and negotiations. They can smoothen bumps in the road with their ability to act as peacemakers when the needs arise.

Like other natives with planets in the 7th house, they also work better when their relationships play a role in their success—for instance, having a support system or working with others in a group project.

Just like Venus in the 7th house is a match made in heaven, its synastry is also full of complements. A natural magnet draws partners to each other, making this a very powerful overlay when it comes to romantic relationships, especially marriage.

A native whose Venus is in their partner’s 7th house is very attracted to the other, thinking of them as their ideal type. Likewise, their partner feels at ease with them, understanding that the native will meet their needs and love them for who they are.

Overall, this is a good synastry. Partners just have to pay attention if Venus or another planet in the 7th house is negative since it can indicate emotional incompatibility, leading to major disagreements that will render the great potential of this overlay useless.

Natives with Venus in the 7th house can easily see two sides of an issue, finding common ground between opposing parties, which makes them great mediators. They are well-liked by people around them, and they can like to like others, too.

However, they need to be able to see a major issue that lies within themselves as well – believing that they are only worthy when they have a significant other.

No man is an island, but their happiness shouldn’t depend on others.