Learn about the Venus placement in the 11th house of your astrology/natal chart and what it means for your personality. 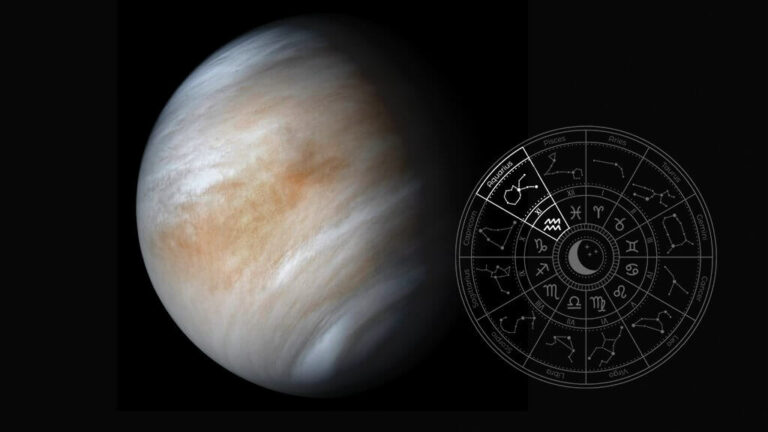 In a friend group, there seems to be a “glue” that holds everyone together; the natives of Venus often play this role in the 11th house. They are the ones who are likely to form social groups or combine existing ones to satisfy their need to cultivate relationships.

Since the 11th house covers the people around an individual and communities, natives can express themselves best through friendships. They have several friends from different backgrounds and are always still searching for more, curious about the different types of people they can meet.

They can be seen all over the place during parties, the social butterflies they are. No matter who is in attendance, they will likely strike up a conversation with them, forming connections without caring about its possible implications.

Some people might not understand the vibrant energy Venus in 11th house natives radiate, but this article can illuminate what’s going on in the hearts of these socialites.

Outcomes Of Venus in 11th House:

The planet related to beauty and life’s pleasure in the house of companionship brings about high activity in socialization and affects these areas in general:

Specific outcomes for individuals with Venus in the 11th house are explained in the following sections:

Natives are good at adjusting their personalities to blend in with others; they can easily fit in anywhere they go. They never run out of friends to hang out with, and everyone will have a good time wherever they go because they ensure no one feels left out.

They are also diplomats who are good at reconciling conflicts.

When there are issues in their circle, they’re the type to try and fix the relationship rather than cutting off others. Because of their outgoing and pleasant personalities, their group or community looks at them highly.

Since the 11th house is also about what one’s friends can give them, natives are likely to have financial gains due to the influence of Venus. Material gifts and connections fall easily into their laps, highly impacting their success.

They will befriend anyone they deem interesting, but this does not guarantee a solid connection.

Even though they have good intentions when making friends, they might forget that there are responsibilities involved, thus causing some of their relationships to fall through.

Moreover, as mentioned, they will befriend interesting people, which means that they won’t be interested if a person is plain or boring. This might be fine until they quickly drop people they’ve already connected with just because they’re not intrigued anymore.

If the energy of Venus is thwarted, natives can pull a lot of people in their circles simply for their satisfaction. They’ll selfishly use their ‘friends’ in order to achieve their goals, which may not even be of good nature.

Since natives attach much importance to friendships, a romantic relationship for them needs to be built on strong friendships. Falling in love at first sight, is highly unlikely since they’ll want to get to know the person, and their potential lover should get along with their other friends, too.

Even when they get a lover, they will not neglect their friends.

In fact, they will shower their friends with so much affection like nothing has changed, which can make their lover wonder if they are really even together romantically.

When the feeling of being left out persists, their lover will leave, which might not even bother natives. They fall out of love easily, and they do so without guilt.

Due to Venus’s energy in the 11th house, natives may also be the type to consider open relationships.

Just like other Venus natives, they are talented when it comes to everything related to the arts.

The goddess of beauty also helps them thrive in the field of cosmetics, such as being someone who talks about aesthetics or someone who heightens other people’s charms through make-up.

The 11th house’s ruling sign, Aquarius, also affects their work ethics. They value novelty and humanity, volunteer work, and social services, and they want to use their abilities to advocate for positive change.

Their collaboration and teamwork skills are also heightened in the House of Companionship.

They don’t just simply want to do their jobs together; they want to support and uplift others, making natives the kind of people everyone likes to work with.

There is a warm atmosphere when partners are together, especially when doing their shared hobbies.

They find a group setting more relaxing when their partner is around, understanding that if other people can’t fully accept them, they can trust their partner to do so.

The 11th house partner has connections that can help the Venus native successfully expand their horizons and increase their potential. On the other hand, natives can help their partners form deeper bonds through activities that provide them joy.

Venus in the 11th house synastry contains an aspect most favorable to friends, making it an ideal overlay for friendships and acquaintances.

Nonetheless, it is light and accepting, a good environment for romantic relationships to foster.

Natives of Venus in the 11th house are true chameleons, able to change themselves to blend in with their surroundings easily. They have several connections, which can also be their way to success.

However, they should pay attention to their actions, especially when they tend to be hypocrites.

If they truly value humanity, they should know not to discard others at the drop of a hat just because they don’t share the same wavelength.