Learn about the Venus placement in the 12th house of your astrology/natal chart and what it means for your personality. 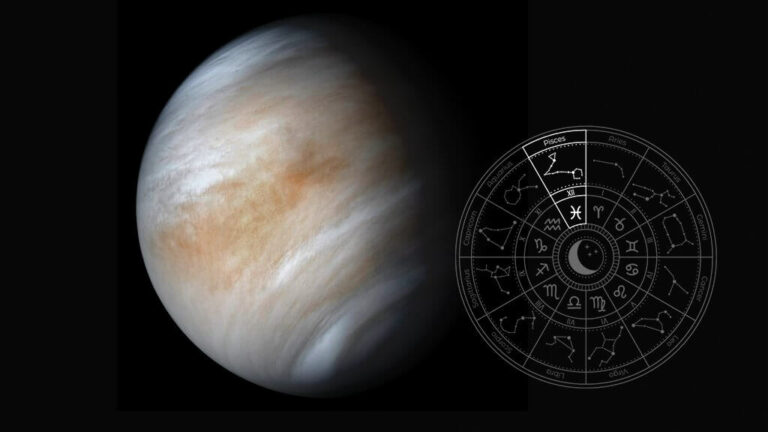 With a prominent Venus, an individual is endowed with artistic abilities.

Still, they might not share this with the world when the planet of love is in the 12th house—governing everything related to secrets, the Twelfth House of the Unconscious influences natives to be extremely private individuals.

Love is a noble concept for them, and they want to pursue it through more profound means such as spiritual development. Despite being usually unforthcoming, they do believe and understand that they are part of something bigger than themselves.

However, this belief can isolate them even further – a complexity in itself.

They hold a lot of things in high regard and will be frustrated when faced with real, cruel words. Realizing that reality is far from their dreams, they will withdraw even further, opting to stay in their imagination where everything is according to their wishes.

Due to their unassuming nature, natives of Venus in the 12th house might not even realize they have an aura that turns people’s heads. This article can help them understand how and why.

Outcomes Of Venus in 12th House:

Concerned with everything invisible to the naked eye, Venus in the 12th house generally covers the following:

Continue reading this article to know more about the specific outcomes for the mysterious natives with this placement.

They have a profound understanding of love, and thus, the love they give others is on a deeper level. Compassionate and wholehearted, they throw genuine affection to the world, and the universe likes to give back the energy it is given.

With the help of Venus, they also have a healing touch, both physically and symbolically. They are good observers who know exactly what one needs at any moment, and natives will provide the appropriate support whenever possible.

Venus in the 12th house also implies an artistic and innovative imagination.

Natives draw inspiration from the unseen realm, see beauty in everything, including things deemed unattractive, and have strange intuitions, resulting in works that one cannot find anywhere else.

Their desire to provide sincere love to everything can make them quite naive; others can take advantage of their genuineness and manipulate them according to their wishes.

It might be hard for natives to believe, but sometimes, the love they pour onto others are not equally or fairly reciprocated.

With their tendency to isolate themselves, they can find themselves overthinking a lot of things, their minds even seemingly hardwired to think of dark and unpleasant thoughts.

They will blindly look for a lover to escape this loneliness as if anyone will do. However, this can bring about more pain than relief since it can be quite a magnet for disastrous relationships.

Love is a significant idea for natives, who take their relationships seriously – sometimes too serious that their lives seem to revolve around their partner once they fall in love. They need to take a backseat as they focus on pleasing and providing for their partner.

Since the 12th house is all about secrets, natives also tend to be attracted to secrets, resulting in affairs and forbidden relationships.

The romantic life of natives is indeed complicated, as hinted by the ruling sign of the 12th house, Pisces. Two fishes going in different directions: confused and, most importantly, seemingly with no direction.

Venus blesses its natives with a disarming aura that puts people at ease with them.

This, along with their innate ability to see through people’s masks and understanding their hidden feelings due to the 12th house’s influence, makes them great counselors or therapists.

Since the 12th house is also about isolation, working from home or a job that doesn’t require much interaction with coworkers is a good fit.

The person whose 12th house harbors a native’s Venus affects them in quite a strange way, making the native change their attitude when they are together, e.g., becoming clingy when they are not a clingy person.

However, their partner does notice this difference, which can be detrimental instead of advantageous. Natives seem different from the one they first met and fell in love with, making the relationship strained.

Venus in the 12th house synastry can help partners be more expressive, but they should remember that not having shared interests is okay. When one might value privacy more than another, communication is important in addressing these differences.

Natives of Venus in the 12th house have grand dreams and an enchanting vibe that makes other people want to listen to whatever they say, no matter how profound – if they are willing to share those ideas.

If they don’t want to be in the spotlight, that’s okay.

However, they should not be okay with anyone just to have a companion. The world may not be as beautiful as they imagined, but they should never forget their worth. Don’t settle for less.