Learn about the Mercury’s placement in the 11th house of your astrology/natal chart and what it means for your personality. 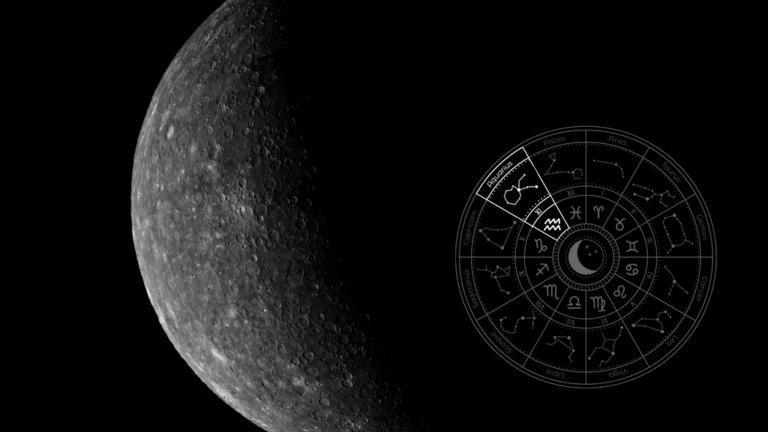 If there is a gathering of intelligent people, one can expect a Mercury in the 11th house native in their midst.

In the House of Companionship, Mercury heightens their ability to understand people of all walks of life, not just emotionally but intellectually.

With an active social life, they can talk to anyone about anything under the sun that piques their curiosity. Thirsty for knowledge, they partake in activities and join groups that can contribute to their success.

They may appear easygoing with their friendly nature, but don’t be fooled; they are very serious about their goals and likes to devise realistic plans to achieve them. Because of this, they appreciate other people’s thoughts and opinions, willing to listen to harsh advice as long as they’re true and stated directly.

One might find their life positively impacted by a native of Mercury in the 11h house, and this article can help discover what lies beneath these considerate social beings.

Outcomes Of Mercury in 11th House

The 11th house covers  everything about one’s company or the people in their immediate surroundings, and the communicative planet thrives here, generally affecting these areas:

Read further to know the specific outcomes for natives with this placement.

It’s not just important for them to be in a group setting, influenced by the 11th house; they also need to be able to bounce ideas with them, discuss their special interests, and offer each other support in achieving goals due to Mercury’s energy.

They can easily talk to people no matter their backgrounds or upbringings.

This gives natives different perspectives, which helps them see the world differently. Wielding the power of having different viewpoints, they can come up with innovative ideas that no one can.

With this placement, natives want to be updated with their community, and they want to keep their friends and acquaintances up to speed as well.

They are popular with their peers, who especially appreciate their nonjudgmental and accepting nature.

Mercury enhances natives’ thinking, causing them to have a restless mind full of ideas.

This is not a negative thing on its own, when they’re with other people, it can pose a problem. They will be distracted by their thoughts, and others can be annoyed at their lack of focus.

Since they are interested in everyone, they can also be quite snoopy.

Even though it’s not out of malice, natives may talk about people behind their back, their curiosity making them participate in gossip.

While natives may be interested in people in general, they won’t easily open up to others; as rational thinkers, they want honesty, and they know that a large group can have several fake people.

However, this also means natives treasure someone once they have proven themselves.

Bright and with a strong personality, they are admired by others, so finding a potential partner won’t be difficult.

However, their strong personality can also be a downside; not one to back down, they will refuse to listen, especially when they believe they are in the right.

Because of Mercury’s influence, countless ideas are in their heads, including thoughts about the future.

Natives have good intentions, making their marriage life prosper. They just need to rely on their partner more, especially with how fast-paced and messy their minds can be.

Mercury governs intellect, and the 11th house is all about community.

Thus, natives with this placement are into social dynamics and humanity, finding issues that affect people interesting in an intellectual way.

Since the 11th house also covers altruistic endeavors, they are great in advocacy roles, finding fulfillment as social workers, leaders, influencers, preachers, and public speakers such as for organizations or political leaders.

They are serious dreamers who don’t want their dreams to stay; they will work hard to achieve them, and these dreams usually involve other people – they want to help others to be the best versions of themselves.

Commonalities are evident in Mercury in the 11th house synastry; they will have shared intellectual interests and mutual friends.

This is valuable for friendship, and even marriage, as the relationship will be based on a long-lasting friendship, not just physical attraction.

If a native’s Mercury is in their partner’s 11th house, there will be easygoing communication between them, treating each other as a close friends, if not being actual best friends.

They feel understood, thus making them look forward to the time they talk with each other.

Natives of Mercury in the 11th house don’t have wishy-washy ideas; they are truly aiming for a better world in which humanity can flourish.

They are selfless beings that use their intellect to connect with their community, and with the help of their co-intelligent companions, they can come up with unique ideas to make their big dreams a reality.