Learn about the Mercury’s placement in the 2nd house of your astrology/natal chart and what it means for your personality. 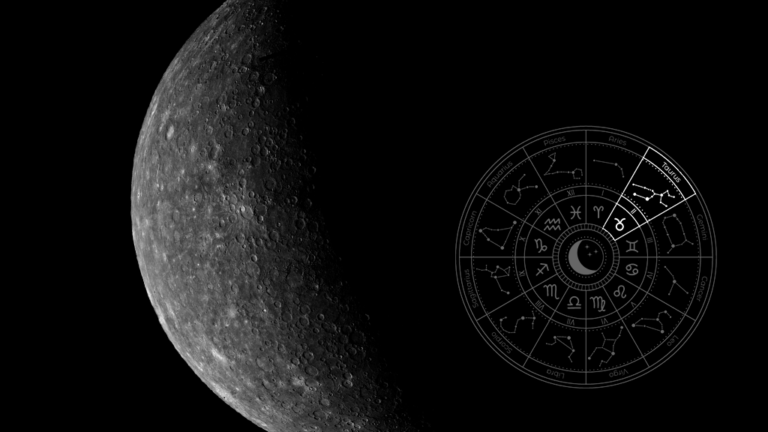 With both the planet and the house focusing on speech and self-expression, natives of Mercury in the 2nd house are intelligent speakers, the kind to think carefully before they act. They value facts over imagination, choosing a logical answer rather than an abstract one.

Also known as the House of Possession, the second house is about everything we own, tangible or intangible. Individuals with their Mercury placed in this house mainly have material end goals; they value knowledge and are likely to collect it through the form of trivia books and the likes.

Using their wit and intellect, natives find clever ways to accumulate wealth, which goes along well with their aim to have a stable lifestyle. However, they must be careful because their possessions can be achieved as easily as they can be lost.

This article contains information natives of Mercury in the 2nd house, considering their interest in learning, will find valuable.

Outcomes Of Mercury in 2nd House

Taking comfort in material safety, realistic things, and logical conversations, Mercury in the 2nd house generally affects these areas in a native’s life:

To know the specific outcomes of natives with this placement, continue reading this article.

Natives, with their pragmatic approach, can easily solve complex problems. Prioritizing reason and logic, they are the type to focus on a single thing until they are finished with it. They are not interested in multi-tasking, knowing it is less practical in the long run.

They also have strong values, resulting in good friendships and family ties.

With their keen sense perception, they can easily understand others, leading to strong relationships as long as they properly communicate – this shouldn’t be a problem, considering the placement of their Mercury.

Mercury in the 2nd house also signifies good money management skills. Being practical, on top of being intellectual, gives natives a solid foundation that can lead to their financial growth if their skills are properly taken advantage of.

Their logical reasoning is a double-edged sword; because of it, natives can be rigid, opting for stability and routines. Surprises and changes can disturb their rhythm, make them lose focus, and ultimately lead to failure.

Since they need time to think things over, they also hate being rushed or put into a spot.

Wanting to always be in control of everything, they may even have difficulty choosing between two things, not wanting to let go of either.

Natives may also find themselves being lucky when it comes to finances, such as winning at gambling.

However, while Mercury in the 2nd house helps them have sudden gains, it can take them back easily. Natives have to be careful in this regard, along with spending money on luxury items.

Natives may idealize their partner too much.

Since they often think very carefully first before speaking, their partner might not know what they want without them vocalizing it, which can lead to natives’ disappointment.

However, if their partner can read between the lines, such as buying an expensive but useful item that the native may have wanted for a long time, the relationship will be prosperous, especially when natives try their best to be flexible.

Mercury in the 2nd house is usually a sign of stable marriage life.

With a native spouse, the family can have sound finances. It is also unsurprising if natives get rich through marriage with this Mercury placement.

Natives have innate economic sense, giving them a talent for business and accounting. Mercury’s placement in the 2nd house makes them successful in sales or as economists.

In the current age of cryptocurrencies, they will shine as well.

Curious and smart, they will first acquire the knowledge they need before strategizing – again, the type to think before they act – and investing.

With their great written and verbal communication skills, they also make wonderful travel agents, finance managers, entrepreneurs, and lecturers. They can use their skills on both sides of the coin; they’ll be good at closing deals or bargaining and finding good deals.

Natives of Mercury in the 2nd house gain pleasure through mental stimuli. Thus, they desire to talk about deep and serious matters and get their partners’ opinions on topics such as finance and politics.

They also like to have professional relationships. Partners shouldn’t be surprised if natives ask to make business deals or even build a financial enterprise with them.

This will be a successful partnership as long as natives maximize Mercury’s energy, such as conducting investigations and negotiations, and partners establish strategies to give them direction while considering their values and ethical boundaries.

Natives with Mercury in the 2nd house can communicate well, which they can use to achieve financial stability. While gaining money can be a walk in the park, it’s important to be careful since they can blow it all away as easily.

While one may first think of material things when it comes to the 2nd house, the House of Possession, natives should remember that they are also in possession of their own self.

In order to find peace, they must know and understand their value in the world as well.