Learn about the Mercury’s placement in the 12th house of your astrology/natal chart and what it means for your personality. 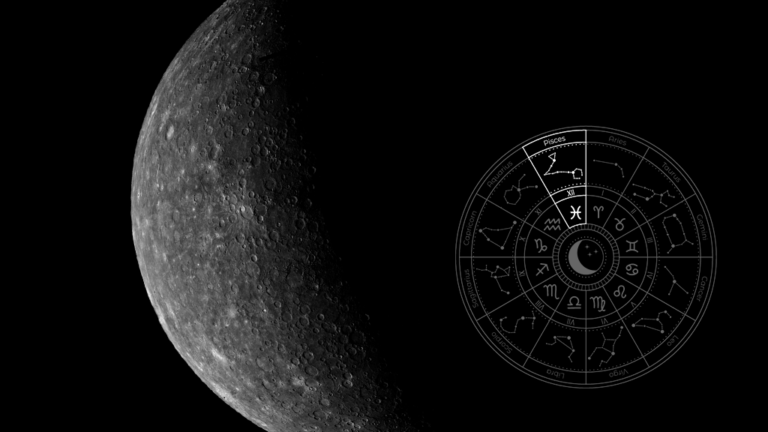 The 12th house is a strange place for Mercury to be in.

In this house, Mercury’s energy is distorted, twisting an individual’s perception of the truth. They may be as creative as other Mercury natives, but rationality is surprisingly not their strongest suit – resulting in a unique combination of illogical yet imaginative thinking.

They have an intellectual interest in everything unseen by the public eye, just like how the 12th house is found just below the horizon. Metaphysics and spirituality pique their curiosity, but their superstitious beliefs can make them trust no one, even themselves.

Natives tend to overthink, becoming liars or hypocrites; with the 12th house governing unseen enemies, they have to pay attention to the ones from their own minds.

Mercury in the 12th house, considered one of the most dangerous houses, is truly quite a special yet unfavorable if one does not work on their weak points.

Reading this article can help natives understand themselves better, the first step in negating this placement’s detrimental energy.

Outcomes Of Mercury in 12th House

Involving everything below the surface, from hidden desires to secrets and fears, Mercury in the 12th house covers the following areas:

The following sections will help reveal what is concealed, providing the specific outcomes for natives with this placement.

Natives have heightened senses that make them sensitive to patterns.

By drawing ideas from their intuition and observation skills, as they prefer to watch from afar rather than participate, they make great decisions when it comes down to it.

The 12th house emphasizes their spiritual affinity, helping them understand the dynamics of the unconscious. They can unravel what is deep within a person, sometimes even talking to the dead, and help them heal from the scars no one else can see.

With their active minds due to Mercury, they don’t need external stimuli to be entertained; their imagination is more than enough.

They work best when they have time for themselves.

They will close up and retreat to themselves, which can infuriate other people, especially if they are expecting something from natives, such as an important assignment for work.

While they like to spend time alone, they can do this to the extreme, going as far as to fully cut themselves off from the rest of the world.

The 12th house governs secrets, and they are good at hiding them.

Afraid of being criticized, they won’t share what is on their minds and will withhold several things even though they shouldn’t. It’s hard to get a read on natives, making it hard for them to form friendships as well.

Their strong imagination is also a double-edged sword.

While it helps them come up with creative ideas for solving problems, they overly rely on unrealistic thoughts that are not beneficial anytime else; they will believe notions that are not anchored in reality but in their own dreams.

Prone to overthinking and shutting down, natives will have a bumpy road when it comes to relationships.

It’s hard for them to pay attention to their partner with their busy minds, and even though this is not done out of malice, they should work on improving their interpersonal skills.

While it’s important for natives to work on themselves, their partners should be more understanding, too. If they can’t accept the constant daydreaming as an integral part of natives, the relationship will be unsuccessful.

Due to the 12th house influence, natives may also find themselves having many short-term secret affairs. If they let Mercury rule their actions, fortunate marriage life is unlikely.

The combination of the intelligent planet and the house governing secrets make for an individual good at seeing through people.

With their decryption skills and connection to the supernatural, they will be competent psychologists, psychics, astrologers, or fortune tellers.

Fields wherein they can work behind the scenes or even in isolation are also of interest to these natives due to the 12th house’s energy, for instance, writing or even hacking.

Their capacity for deceit can also make them a good fit in the intelligence service.

However, Mercury’s placement in the 12th house can negatively impact their self-confidence. Their tendency to overanalyze everything and blow things out of proportion can affect their work performance.

With a shared interest in things hidden underneath, they can even help each other deal with their inner problems.

They have a connection that lets them communicate through their subconscious, heightened by their strong intuitions.

While this is beneficial in some partnerships, it is detrimental if either of them fears their deepest thoughts being seen.

If a native’s mercury is in their partner’s 12th house, they will have an uncanny ability to understand the other’s thoughts or even their subconscious.

This can lead to information overload, and they are likely to build walls around them to avoid being read as easily, which their partner may be uncomfortable with.

Having several ideas and an active imagination is not bad, but natives of Mercury in the 12th house have to be careful since they can drown in their own thoughts.

If their life will only revolve around their own dreams, how will they distinguish the truth from countless made-up things?

To stay grounded with reality and avoid their self-destructing tendencies, they should connect with the world; it’s important to have someone who can pull them out of the void created by their minds.

However, the steering wheel should still be in their hands, not someone else’s.