Learn about the moon’s placement in the 7th house of your astrology/natal chart and what it means for your personality. 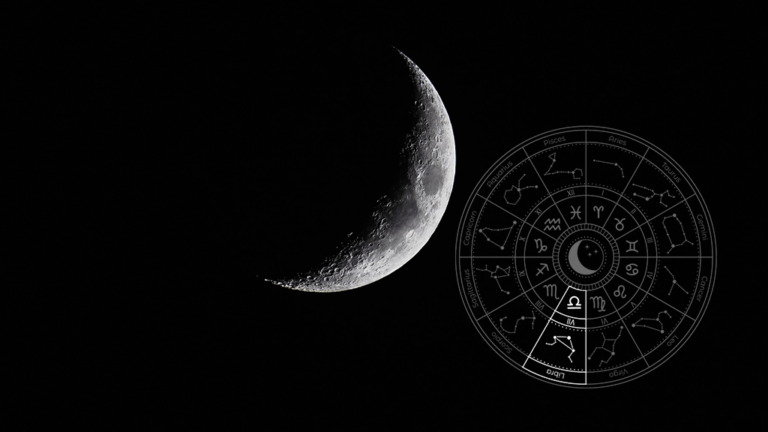 Guiding how one can achieve emotional fulfillment and discover more parts of themselves that are intentionally and unconsciously obscured, the moon peers deep into one’s emotional psyche and awakens one’s maternal instincts and connection to their past.

The 7th house is about forging spiritual, professional, or romantic connections, whether they’re evidenced by law, paper, or an intangible link of souls. It defines one’s perspectives of various people in their lives and how they develop bonds with them.

When the moon places itself in the 7th house, love is seen to be a fundamental aspect of one’s higher self. Individuals will need validation, reciprocation, and respect from others to fill in their vulnerabilities and be overall content with life.

If you want to learn more about the possible connections individuals with the moon in the 7th house can make in their lives, this article will be a handy guide for everything you need to know.

Outcomes Of Moon in 7th House

Tackling one’s emotional vulnerability and their need for support and validation from the people around them, the moon in the 7th house generally affects:

Find out more about the specific outcomes of this placement in the following sections:

It makes sense for natives to be admired by the people around them due to their friendly natures and ability to connect with people and maintain those relationships. They’re popular in and out of work, but they don’t emphasize the fame and recognition they get as they’re humble.

These individuals are also flexible and open to criticism, feedback, and listening to others’ opinions. If they’re convinced enough, they can also influence their own as long as they know it’s an ideology that doesn’t hurt or step on anyone.

Natives are natural people-pleasers and excellent communicators. They can blend in with any crowd but prefer intimate groups and have a small circle of friends. They also form a loving and affectionate bond with their family members, particularly their mothers, that’s foregrounded on eternal gratitude.

Moreover, they are also great listeners and advisors when they need to be. They’re reliable during distressing times and know how to lend their shoulders to friends in need.

Excessive emotional dependency and focusing too much on people-pleasing will negatively affect the native when uncontrolled. They rely too much on their romantic partners or friends.

Worst case scenario is that they develop separation anxiety and fear of being alone when apart from them.

They also center their world on the happiness of the people around them instead of their own. They expect reciprocation instead of believing in unconditional love since it will remind them of their self-worth. As a result, they develop insecurities pretty quickly.

Natives may lose their sense of individuality if they continue repressing themselves and if they don’t stand on their own two feet. They will get disillusioned by life and feel as if there’s a gaping hole in their psyche that needs to be filled by the comfort of friends, loved ones, and partners.

Natives will make excellent partnerships in business and entrepreneurship. They will be inclined to pursue work in corporations, media, literature, government agencies, call centers, engineering, and architecture.

They will also partake in organizations that boost social welfare. They will achieve high socioeconomic statuses and accumulate wealth and properties later in life, most probably in their late 20s. They prefer spending or giving a portion of their incomes to their families and other relatives.

Furthermore, natives will also pursue artistic matters as hobbies when they have free work and other responsibilities. They will be well-respected members of society and are popular among their coworkers due to their friendliness.

Depending on the other alignments of a native’s planets, they may either be a mature lover who adopts a pragmatic approach in relationships or an immature one who starts petty arguments.

Either way, the natives would be doting and extremely affectionate towards their romantic partners.

Natives will experience a few clandestine or unserious affairs before realizing they want to settle down and pursue meaningful relationships. They’re usually the submissive types in relationships because of their people-pleasing natures. They would ensure the happiness and comfort of their partners first and foremost.

Marriage will be a long-lasting affair if the right amount of devotion and love from both parties are in the mix. It will also seem like the honeymoon phase never ended between the native and their spouse. The spouses they will end up marrying are those that they’re greatly compatible with.

When the moon is in the 7th house in synastry, it deals with the desires and needs in a relationship and the matter in which they are provided and received by both parties. Natives will know for themselves that they want intimacy and have it established with their partners along with boundaries.

Natives adopt an idealistic and pragmatic approach, blending well with their partner’s personalities and becoming more attuned to their needs. The moon helps increase the native’s emotional sensitivity and understanding, making them highly intuitive.

However, this placement poses the challenges of developing insecurities along the way and finding common ground with their partners if they don’t share any similarities. Ultimately, compatibility will depend on the bond natives have with their partners.

The moon in the 7th house brings forth the need of its natives to acquire and maintain relationships of various kinds.

They must, however, learn to be not overly dependent on these people, or it will have devastating consequences later on in life.