Learn about the moon’s placement in the 8th house of your astrology/natal chart and what it means for your personality. 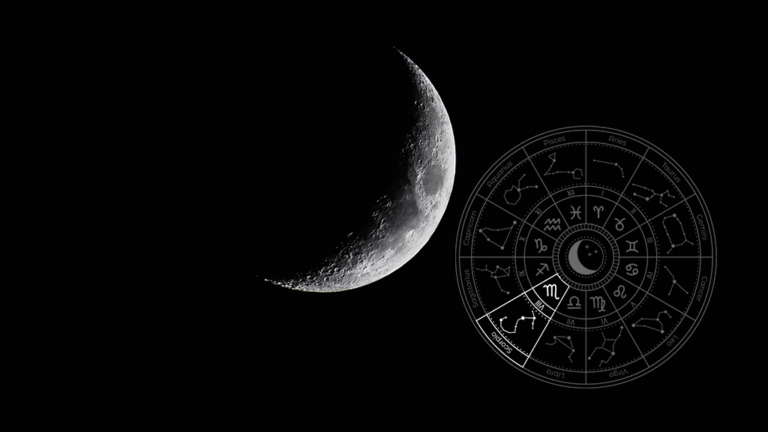 Cosmic energy from the moon dictates one’s emotional and psychological complexities in astrology. It undergoes continuous transformation until it reaches its brightest shine, the same way one unravels more of themselves as one journeys through life.

The eighth house deals with spiritual and metaphysical transformation, death, and ultimately, rebirth, all in a literal and metaphorical sense.

The moon in the eighth house advocates changes and moving forward. This placement emphasizes the need and desire for dynamism and aversion to monotony and repetition. In the face of sudden tragedy and distressing situations, natives are equipped with resilience, unlike any other house.

This article gives you everything you need to know about the moon in the eighth house and more!

Make sure to read further, and who knows, you might learn something new.

Outcomes Of Moon in 8th house

Aside from being the driving force of change, the moon in the eighth house also affects the following areas of the natives’ lives:

To know more about the specific outcomes in these areas, refer to the following sections below.

Natives are intense in how they approach life—they take things seriously, whether it’s about work, reaching short-term and long-term goals, gaining wealth, and even in platonic and romantic relationships—they adopt and maintain a razor-sharp focus but still have a rational way of thinking.

They adapt well to different environments or situations. In fact, they prefer an active life, moving from one place to another and obtaining more experiences.

They are also confident in themselves, whether it be their physical attributes, sexuality, or what they identify as on the spectrum.

Moreover, these individuals fight for what they strongly believe in and protect those being wronged. Despite their strong attitudes, they have a soft heart that needs reassurance from the people near and dear to them.

They are physically fit and have a robust mental fortitude regarding their general health and wellbeing. Since the moon is in this placement, maternal instincts such as the desire to care for others will kick in naturally as well.

Natives will have the tendency to participate in hedonistic activities for the pleasure and thrill of it.

While there is nothing wrong with indulging oneself as long as it’s done safely, these natives will surpass their limits and might put themselves in danger due to excessively engaging in such activities.

Due to their fierce attitudes, they may appear as domineering and close-minded to other people.

They may go so far as starting conflicts with those who challenge their beliefs and ideologies even when they’re in the wrong.

They make for good leaders, but they have the potential to become tyrants.

Let’s not forget that the moon intensifies one’s emotions and that these natives will burn out and drain themselves completely when it comes to distressing situations.

They may also possess negative qualities such as jealousy and greed and unknowingly act irrationally upon them.

Natives are inclined to pursue careers in politics, media, performing arts, occult, education, and psychology. They may also possess natural skills for business and entrepreneurship, particularly in merchandising or environmental endeavors.

They may partake in activities that call for social justice, uphold human rights, and fight for those wronged by society. As such, they are activists because of their powerful temperaments and ability to influence those around them.

If they maintain healthy relationships with their family members, they’re bound to inherit certain amounts of fortune and properties. Despite this, they want to accumulate wealth without relying too much on their relatives.

They will achieve success and financial stability in their lives but may spend a few times lavishly, especially when they’re feeling down.

Natives will have their sexualities sorted out at a relatively younger age than those extroverted types.

They often engage in clandestine, illicit, and fleeting affairs and change or have multiple partners at once when they go too far.

However, they will love just as deeply once they find the right person for them or have long-term relationships. They are devoted lovers to their romantic partners and will have difficulty recovering from imminent heartbreak or loss.

Marriage will be prosperous and long-lasting for these natives. Arguments may arise due to a lack of trust, understanding, or miscommunication with their spouses. They may develop insecurities and anxiety along the way, especially if they’re the introverted types.

When the moon is in the eighth house synastry, there is an imbalance in the relationship dynamics of two people because there is great emotional pressure on the native’s side, not only for themselves but for appeasing their partner’s needs and desires.

Compatibility and the connection between the two parties are soul-deep that nothing outside of the relationship could ruin it.

However, this may lead to emotional co-dependency, a natural tendency for all moon placements. Natives will feel as though their self-worth is based on the success of their romantic relationships.

Challenges the natives will face are resentment towards their partners and vice versa for arguments they cannot resolve and goals that do not align. But this is nothing proper communication couldn’t fix. Both parties should give their all to make sure the relationship works.

Individuals with the moon in their eighth house are strong-minded critical thinkers with firm beliefs. However, they also have a soft inner self which shows when they’re swept up in love or when showing affection and respect towards their friends and family members.

The challenge for these natives is to be active listeners and be open-minded to other people’s opinions, especially when they differ from theirs. They also have to avoid overindulging in hedonistic activities and not potentially endanger themselves.