Learn about the moon’s placement in the 9th house of your astrology/natal chart and what it means for your personality. 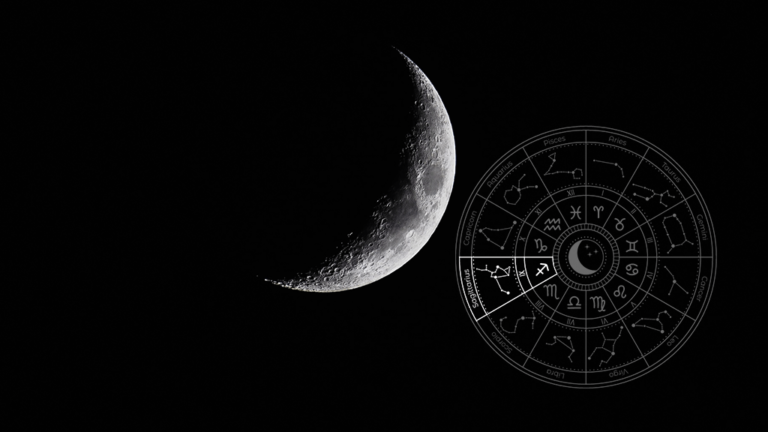 Signifying how one develops their belief system and philosophies, gaining more sophisticated knowledge through higher education, and broadening one’s horizons on a whole new metaphysical level, the 9th house is also the realm of truth, inspiration, and travel.

The moon’s cosmic powers unearth the deepest parts of an individual’s emotional nature and vulnerabilities. The heavenly body stimulates creativity and awakens one’s maternal instincts, particularly for nurturing others.

Gracing the 9th house with its lunar light, the moon in this placement will develop erudite individuals with both realistic and impractical thought processes and approaches in life. They are brimming with curiosity and have the urge to simply keep moving forward.

To know more about the moon in the 9th house, what it means for its natives and how they’re affected in various aspects, read this article further.

Outcomes Of Moon in 9th House

Bringing about the deeper need to traverse through life and acquire knowledge, the moon in the 9th house generally affects the following aspects of a native’s life:

The following sections will provide you with knowledge of the specific outcomes this placement provides for its natives:

Natives like to contemplate and find deeper meanings in life. They’re natural-born rational thinkers who can make decisions after carefully laying out all the potential aspects of a situation.

This also makes them thoughtful towards others.

They’re most passionate about travel as they don’t like monotony and repetition. They want to explore the world, see the truths for themselves, and immerse themselves in different cultures and people from all walks of life.

They’re greatly admired by the people around them for their creative talents and excellent communication skills regarding everything they know. They’re also reliable, respectful, open to others’ opinions, and generally selfless.

Natives are pretty ambitious and may go overboard chasing their unrealistic dreams until they become obsessive. This then causes a domino effect wherein their productivity is interrupted, thus, becoming restless and even irritable.

They will also take risks, even the potentially dangerous ones, if they know they can gain mental stimulation from them. Despite being naturally intense, they can quickly get bored when they tire of their passions or once they’ve reached their short-term goals.

Since they acquire a good deal of knowledge, they may develop a sense of self-righteousness and a big ego to match because they think being able to know a lot equates to having superiority over others.

This may turn into tyranny which would repulse a lot of people.

Natives are inclined to pursue careers in the arts, literature (in writing or publication), scriptwriting, film industry (as an actor or director), journalism, and travel industry. They can also be college professors since they have a qualifying educational background to do so.

Individuals with the moon in the 9th house tend to participate in humanitarian causes, events, and organizations.

They believe in movements that are bigger than themselves and can positively benefit society, such as fighting for human rights or curbing climate change.

Success will be achieved relatively later in life, and fame will slowly follow after. They may also establish their own businesses or dabble in entrepreneurship.

Natives don’t have time to search for love as they focus more on their personal growth, travels, and education.

When they do want some romance in their life, they seek meaningful relationships where they can make a deep spiritual connection with their potential partners.

Depending on the placements of other planets, they may involve themselves in clandestine and illicit affairs that are usually short-lived to feel physically satisfied.

They also get infatuated easily but don’t necessarily consider it love.

Regarding marriage, individuals with the moon in the 9th house are blessed with a harmonious union with their spouses. They are devoted to them and are very receptive to their needs and desires.

Unfortunately, they may develop a dependency on their spouses if they don’t control it.

People with the moon in the 9th house will achieve a prosperous relationship with those they connect deeply on an intellectual level. They also need a romantic companion willing to go with them on their travels or at least someone who doesn’t mind the distance and constant separation.

The native and their romantic partner will be attuned to each other’s varying moods, needs, and desires. Their relationship is, for the most part, smooth sailing but with some minor mishaps and arguments every now and then.

When married to the right person, they will do almost everything together, even opening business projects and sharing financial assets.

Interested in pursuing higher knowledge, the moon in the 9th house brings forth individuals who develop their philosophies early on in life. They are naturally creative, contemplative, and selfless individuals with kind hearts.

Their challenge is to overcome their sense of superiority to avoid potentially becoming domineering towards other people.