Learn about the sun’s placement in the 9th house of your astrology/natal chart and what it means for your personality. 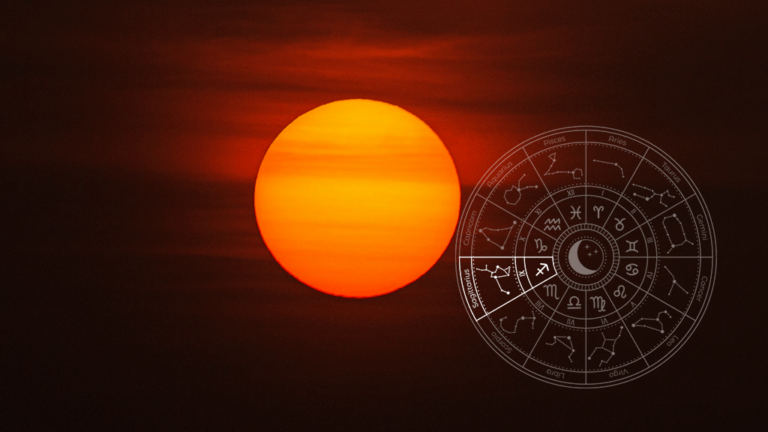 Tackling the area of inspiration and unearthing world truths, the ninth house deals with the expansion of one’s horizons on a spiritual, physical, and intellectual level.

One has an inclination to continuously gain knowledge, challenge one’s beliefs, and educate others on what you have discovered.

The illuminating presence of the sun in the ninth house involves questioning the very fabric of reality and being open to various, at times contradicting perspectives. One’s sense of individuality may be challenged due to contrasting philosophies and ideas but that is the beauty of their life’s journey.

However, these individuals may approach life with an idealistic mindset which is highly impractical if they want to go to higher places in their professional careers and life in general.

The more learning they accumulate, the more they feed their ego and need for self-expression which may become overbearing.

This article will provide you with all things related to having the sun in the ninth house, be it for life, love, or career.

Outcomes Of Sun in 9th House

The desire to know and to discern only scratches the surface of what the sun in the ninth house means. Generally, this placement affects:

To know more about the various specific outcomes, including the ones that could impact romantic relationships, marriage, and career, go ahead and read further:

Individuals with the sun in their ninth house are inclined to learn a foreign language and even a new culture due to their desire for sharpening their minds and quenching their thirst for knowledge.

They are generous both in material things and in reciprocating the love and affection people show towards them.

Usually adopting a calm and composed demeanor, natives love to keep their environment peaceful and harmonious, which explains their friendly and optimistic nature that everyone admires because they do well in distressing situations.

They have a rather rational approach to solving problems.

They’re adventurous with a lot of opportunities given to them by the universe but they would have to travel to lengths, physically or mentally, before getting there.

Most of them are achievers at a young age, doing great academically and then constantly prospering throughout their lifetimes.

Despite their love for learning, they might be difficult to convince when presented with ideas and philosophies that challenge their own.

They can also lose their sense of reality and believe in nonsensical notions as long as it aligns with their religious and ethical principles.

Since they have the presence of the sun in their ninth house, they have quite the ego and pride to match.

They may go so far as to display arrogance and even irritation towards others who don’t express the same beliefs as them. Without even realizing it, they have the potential to be authoritative.

Natives are also sensitive to others’ feedback and criticism, especially when their own beliefs are being judged by society. They start losing confidence in themselves and begin fostering insecurities which leads them to social isolation.

They may become disillusioned and start taking the wrong path in life.

Unfortunately, the sun’s presence in the ninth house only brings misfortune and bad results to the romantic lives and relationships of the natives. They find it difficult to have meaningful, permanent, and long-term relationships with other people.

Natives are usually anxious and doubtful lovers due to their increased levels of sensitivity.

They will have a hard time understanding their partners leading to many arguments arising during the time of their relationship or married life as well as stress and depression.

However, individuals with this placement are loyal to their spouses or romantic partners and will love them and their children unconditionally.

There will be no third parties in the relationship, just a lot of misunderstandings and miscommunication.

Inevitably, natives will be interested to pursue politics, law, humanitarian programs, and the academe.

They often have multiple sources of income aside from their main employment terms. Because of this, they accumulate a lot of wealth that’ll last them until their death and even sustain future generations.

Prosperity and financial security will come to them early in their lives. They can land virtually any job and still manage to ace them due to their natural fast-learning and critical-thinking abilities.

With the right amount of time, they can handle even authority positions.

They might not be well-liked by their peers and colleagues as they are difficult to approach. They can also be misunderstood easily due to their assertive natures.

With the sun acting as the main celestial body overseeing this placement, one has the desire to express their respective ideologies to others.

With this also comes a rather delusory approach to life which, if unregulated, will negatively impact the lives of the natives.

One must still be grounded in reality even while pursuing and unraveling the mysterious metaphysical and religious aspects of life.