Learn about the sun’s placement in the 12th house of your astrology/natal chart and what it means for your personality. 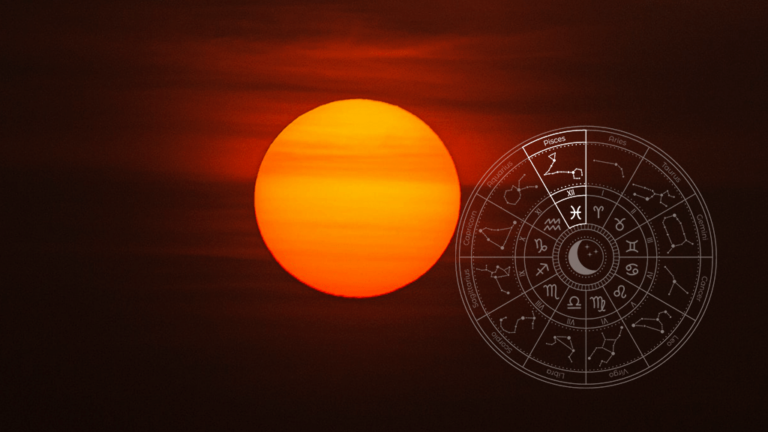 Every cosmic journey must also eventually come to an end.

The 12th house represents the realm of the unconscious and unseen—where one transcends beyond and detaches from reality and sees things from an imaginative perspective.

This is where one connects with their higher self.

With the sun shining upon the 12th house, the individual is exceptionally creative with a heightened sense of sensitivity in all aspects of life, be it mental, physical, or emotional. Due to their deeper connections with their consciousness, they go beyond what is considered a norm and even challenge it.

This placement also makes the individual alarmingly withdraw, not just from the world, but from the people they value the most when they are at their lowest lows.

Prone to developing and festering insecurities, these individuals lack self-confidence and ego despite having the sun in their house.

To know more about this placement and what it means to its natives in various aspects including life, love, and career, go ahead and keep reading further.

Outcomes Of Sun in 12th House

Governing the process of transcendence and the synergy of the metaphysical realm and one’s consciousness, the sun in the 12th house generally affects:

The sun in the 12th house also has specific outcomes which will be discussed in the next sections:

Their detachment from real life leads to a deeper connection with their subconscious.

Whether they know it or not, they continuously redefine themselves by learning from the mistakes and accomplishments of their past lives because they want to build good karma in their present lives.

Known for being gentle souls, people born with the sun in their 12th house are empathetic towards others’ plight which encourages the natives to take care of them or show extra kindness.

They believe in unconditional love and make it a goal to share with others the good it does for society.

Despite their seemingly aloof persona, natives are very sensitive and attuned to their surroundings.

They are naturally cautious which makes them private people who aren’t keen on revealing things about their personal lives.

When experiencing emotional turmoil, they tend to take a step back from the real world and introspect in the comfort of solitude. Most natives are born introverts because of their aversion to publicity and attention.

This makes them shut themselves out even from the people they hold close to their hearts.

Natives also have the tendency to repress their truest emotions because they think it would be a bother to the people surrounding them, it may also be due to childhood trauma.

Worst-case scenario is that the individuals feel disillusioned with life to the extent that they dabble in drugs, alcoholism, and hedonistic activities as an escapist strategy and coping mechanism.

They may also unconsciously put on a façade because they seek societal approval.

Those individuals that were born with extrovertedness might fall prey to power and their ego. Their personalities are hinged on their flamboyance and flair for the dramatic.

This placement brings bad luck to the natives as their romantic relationships will only be short-lived. Their needs and desires are unfulfilled and they experience a lot of unhappiness and disappointment.

Natives will also find it difficult to look for prospective partners.

Their continuous suffering in love and heartbreaks will influence them to develop a preference for clandestine or quick affairs with no strings attached just to avoid being hurt all over again.

They will only seek pleasure when they need it and then move on with their lives.

With regards to marriages, the natives will have a tumultuous relationships with their spouses. However, the overall marriage will be long-lasting albeit with the emergence of petty arguments here and there.

In worst cases, there will be a third party involved.

Individuals with this placement are inclined to pursue arts, education, or literature.

They are especially enamored with beauty and art and love to spread knowledge which is why they might end up as writers, artists, or professors in prestigious universities.

They are financially stable, as a result of their passion for their respective jobs.

They are well-disciplined individuals and are well-liked by their subordinates and superiors due to their hardworking nature but at times, when they get reclusive, they’re difficult to approach.

Natives will also tend to partake in humanitarian projects on the side.

They want to make the world a better place by joining honorable causes, be it for environmental purposes or fighting for human rights, they seek to spread love and positivity.

Considered a mysterious house placement for transcendence and venturing into the unconscious realm, the 12th house gives birth to naturally reclusive individuals who have soft hearts and are passionate about whatever they pursue.

The people around these individuals should be understanding and patient with them because they tend to withdraw themselves from reality and take mental breaks when they feel burned out by life or choked by their emotions.