Learn about the sun’s placement in the 8th house of your astrology/natal chart and what it means for your personality. 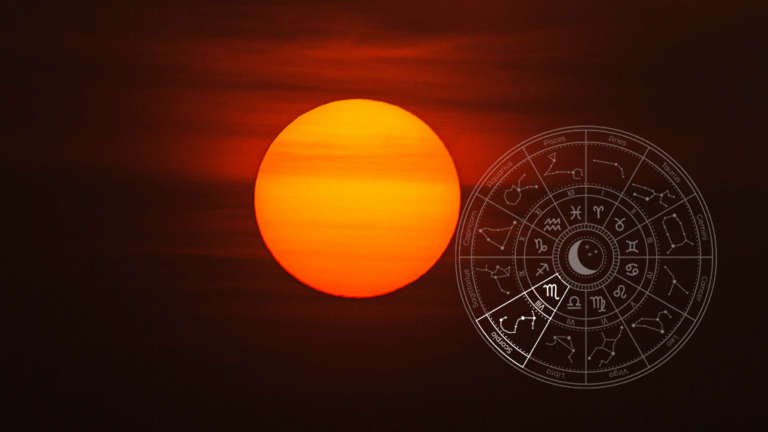 Enlightening the life force within humans, the sun cosmically represents the very core of one’s being and higher self through one’s sense of individuality.

When the sun shines through the eighth house, it signifies the complexities of power, spiritual transformation, and death.

Seeking personal growth, intimacy with loved ones, and regeneration by learning and unlearning from past mistakes is what the individuals who have the eighth house sun in their natal chart find important in life. It also shows how one comes to terms with power and evolution.

One is more connected with their inner spiritual selves, hence, they are naturally inclined to all things mystical and the urge to take risks is even stronger with them.

Individuals are interested in the pursuit of illumination—be it of knowledge or discovering aspects of the self.

Being one of the three mystical houses in astrology, unraveling the eighth house isn’t an easy task, but this article comes close enough to provide all there is needed to know about the sun in the 8th house.

Outcomes Of Sun in 8th House

Tackling the intensity of life, accumulating power, and witnessing the occurrence of unexpected events such as death the sun’s placement in the eighth house generally affects:

Read further to discover the specific outcomes of this placement:

Having a more in-depth spiritual connection with one’s inner self and the concept of that, individuals who have the sun in the eighth house are finely attuned to the unpredictabilities of life.

They respond well in the face of obstacles and are able to make rational decisions.

This can be attributed to the fact that natives are interested in the pursuit of knowledge.

They dislike monotony, which is why they apply to dynamic activities and prefer to redirect their energy and resources to doing something that enriches their minds and bodies and has great societal value.

Natives are also self-aware, hence the need for transformation when they feel that they’re lacking or overcompensating in one aspect of their personality.

They’re mostly introverts who keep to themselves but the extroverted ones have no problems regarding self-expression due to the sun’s presence.

Knowing themselves will slowly become an obsession if not unchecked. They will isolate themselves from society and have huge egos to match. This makes them unapproachable by even their family members and closest friends.

Natives also have the tendency to discard others’ opinions and instead have so much pride in themselves to the point that they force their ideologies on others.

Their attraction to power makes them incredibly stubborn which may potentially lead to aggression and cruelty.

Although born with the ability to be self-sufficient and secure within themselves, they will still yearn for love and affection from those who matter to them and if this is unfulfilled, they might lash out.

They respond strongly to emotionally distressing situations and cannot work well under pressure.

For introverted individuals, the expression of feelings towards their spouses will be a difficult behavior they have to overcome.

As such, when problems arise, they might not be solved right away and may lead to even bigger issues because of the severe lack of communication.

They will have a hard time finding meaningful relationships because of their commitment issues but once they settle down, their romantic life, especially if they’re married to their partners, is secure for the most part but there will be some petty arguments every now and then.

Individuals should seek someone who is more grounded and adopts a pragmatic approach in life to balance the rather whimsical and emotional way of thinking the individuals have.

Natives in their early life will have mostly uninteresting romantic lives but they might experience painful memories.

Natives are inclined to pursue careers relating to spirituality, religion, or personal development such as researchers and yoga or gym instructors.

Professional stability will be achieved a little later in life but they generally don’t have any financial problems before that.

They will most likely be successful in any path they take, albeit at a slow pace, due to their determination and firm resolve.

They can also land government positions although it’ll be only assistant-level at first and once they show how much they shine, they will reach management levels.

Since the sun is present in the eighth house, individuals will be concerned over their public image. This makes them want to achieve popularity, authority, and recognition among their peers and superiors.

The sun signifies illumination and discovery of the self. The eighth house is a unique placement due to its natives’ deep connections with their inner selves and spiritualities, unlike any other house.

This makes them naturally involved in the mystical aspect of life.

However, the eighth house is also a beacon of hope and change where mistakes can be wronged and the self can be continuously transformed into better versions.

Social isolation becomes an adverse effect of this if the individuals are left untended, so it’s important to always immerse themselves with people who matter the most to them