Learn about the sun’s placement in the 1st house of your astrology/natal chart and what it means for your personality. 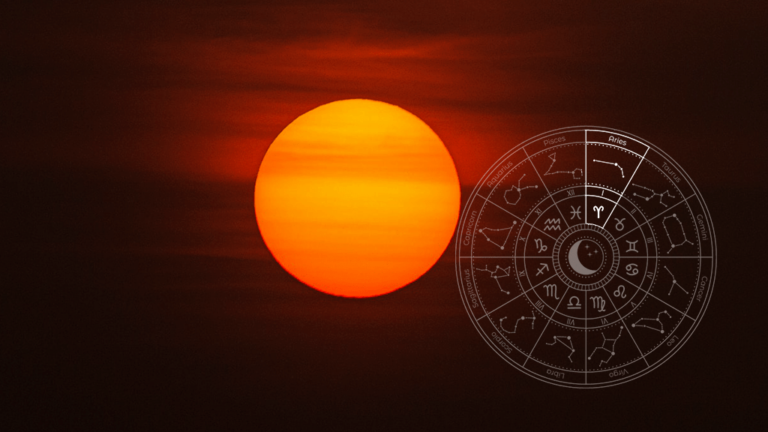 Being the strongest planet in astrology, the sun and its placement have a significant impact on any of the houses as it represents the soul.

On the other hand, the 1st house—known as the Ascendant—depicts the becoming of a person and the evolution of self and the body.

The sun in 1st house is an alignment that denotes having a strong perception of one’s identity and influence on other people. One’s behavior is anchored on self-confidence and charisma, making individuals with this placement exude an overall positive persona, energy, and radiance.

While the sun in 1st house portrays competent leadership qualities that are associated with pursuing success and achieving goals, there is a potential for developing excessive belief in oneself that can lead to autocracy, egotism, narcissism, or worse, aggression and violence.

This article will further explore what it means to have the sun in 1st house placement in various aspects of the self, in life, and in love.

Outcomes Of Sun in 1st House

When discussing the outcomes of this placement, there are certainly the good and the bad. The sun in 1st house generally affects:

Other specific outcomes will be discussed in detail in the following sections:

Individuals with this placement have a firm, larger-than-life outlook which makes them great leaders of whatever pack they’re thrown into.

Blessed with intelligence, wisdom, and maturity, they view themselves as esteemed members of society with a profound belief in their abilities.

The intensity of the Sun’s radiance influences one’s individuality towards having a great sense of righteousness and desire for power, prestige, and authority.

However, this is counterbalanced by having an inquisitive nature, guided by curiosity. Learning boosts their personal growth and knowledge.

Self-expression and instinct are what rule individuals with the sun in their 1st house.

They prefer taking initiative, and expressing their ideas on the go which are meaningful, most of the time. Although it may appear selfish, they make sure to consider others’ feedback and criticisms.

With a tendency to develop a power-hungry arrogance and pride, too much desire for influence can turn the individual into a tyrant, with a constant need to argue and prove themselves correct.

They can easily be overpowered by their emotions and respond negatively under duress.

The introverted types with this placement will become more indulged with themselves and have the tendency to ignore others’ plight while the extroverted ones will have overflowing levels of confidence and the need to ceaselessly express themselves that it’ll prove to be overbearing towards others.

Individuals with this placement must be constantly reminded to reign in their egotistical natures.

They should surround themselves with people who are willing to give them sound advice on how to improve themselves and also be accountable for their own actions to society.

Due to their massive egos, people with the sun in their 1st house will suffocate their romantic partners with their tendency to be jealous and possessive.

The consistent act of loving and prioritizing themselves will dominate their relationships with others, making them overlook their partner’s needs.

This placement portrays the 7th house in marriage, which means that if the sun is placed in the right position, the marriage would be successful and filled with happiness.

Otherwise, the sun could get disturbed by malefic planets or the 7th house will not be in an ideal position, and the marriage will suffer.

Natives can counter the negative outcomes in this aspect by being able to listen more and by becoming an attentive partners. Being selfish would do more harm than good—it’s also important to consider the desires and needs of their partners.

With the sun in 1st house, the individual’s level of intelligence will aid them to pursue careers in politics, business, and finance.

Other people who work with them will be inspired by their vibrance, passion, and determination in overcoming difficulties and achieving both short and long-term goals.

Born with strong willpower, they will prove to be the highlight of every meeting.

Any audience would be captivated by their aura, dynamic personalities, and inborn public speaking skills. It would only make sense for them to pursue careers where they can exercise authority over the masses.

However, the natives can be influenced by their bad temper or difficulty in adjusting to certain work conditions.

This will lead to potential aggression towards their subordinates if not controlled. As a result, they may earn enemies along the way as they continue on the path of success.

The sun is the chief source of light and energy and when it is in the 1st house, which symbolically represents the becoming and discovery of oneself, it could bless individuals with a strong belief in oneself and the ability to lead and influence others.

This also would signify that the native will have the tendency to become domineering, which could be too much to handle for other people.

Knowing how to reign in pride and emotions will help them be the best versions of themselves.