Learn about the moon’s placement in the 4th house of your astrology/natal chart and what it means for your personality. 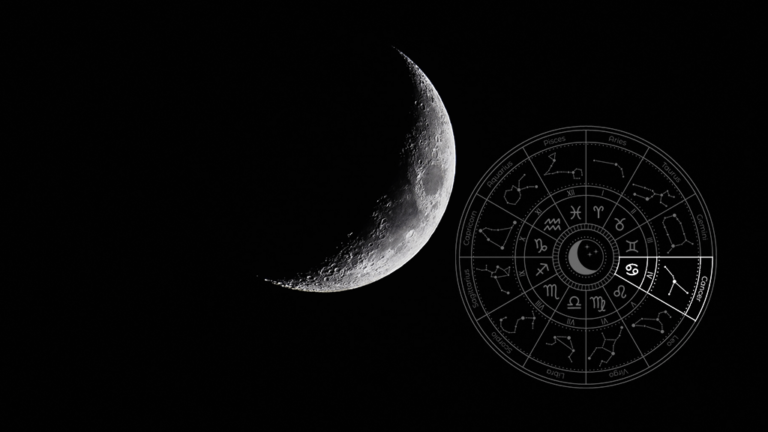 Constantly going through evolutions and transformations, the moon holds significance in one’s persona. Despite only staying for 2 days in each astrological sign, it acquires a brighter radiance than ever before, making its celestial impact on oneself last thoroughly.

On the other hand, the 4th house rules over familial connections and one’s domestic life. It oversees one’s roots, genealogy, and everything passed down between generations.

It deconstructs one’s life down to the core, flowing through their youth and growing with them throughout adulthood.

The moon in the 4th house indicates family as one’s ultimate comfort place. With Cancer as the ruling zodiac sign, self-expression of feelings and emotional fortitude is vital as it is foregrounded by the support of one’s family and friends.

Read more of this article to discover what it means to have the moon in the 4th house and how this impacts its natives’ life, love, and personal attributes.

Outcomes Of Moon in 4th House

Personal growth, familial attachments, and happiness are just one of the outcomes of the moon in the 4th house. Generally, this placement also affects:

Relationships with family and friends:

To know more about the specific outcomes of the moon in this astrological house, refer to the following sections of this article:

Natives give significance not only to their family members and relatives but also to their ancestry and hometowns. Seeking comfort from their affectionate relationships with their loved ones is their default setting when the world becomes too much for them to handle.

They have an affinity for caretaking and helping others heal, which they’ve inherited from their mothers or mother figures. They are both emotionally secure but also would like to share that security with the people around them.

As such, these natives are highly reliable people.

Valuing privacy, it’s important for them to have a positive social image since they do their best to protect it.

They’re intuitive and good at sensing danger like it’s a sixth sense. Earth and water moon signs will be attuned to the physical realm, while fire and air signs will connect deeply with their subconscious.

Individuals with this placement can come off as rather stuck in the past and unable to break old habits or problematic beliefs handed down to them through their ancestry.

They’re not easily persuaded when listening to others’ opinions as they strongly uphold their own.

The growing emotional dependence not just on their family members but also on their friends and colleagues will become an issue if it becomes too overbearing for others to bear. They tend to develop insecurities quickly when they’re left to their own devices.

If the natives have a strained relationship with their parents and siblings at an early age, this will cause them to be distant and somewhat detached from their family as a whole. It will also negatively impact their personalities, and they may be more closed off and aloof than usual.

Individuals with the moon in their 4th house will seek meaningful and long-lasting romantic relationships with partners with whom they can form a deep emotional understanding.

As such, it’s sensible that they don’t dabble in one-night stands or clandestine affairs.

Marriage is generally a blissful union for them, with occasional arguments that won’t take too long to be solved. They draw much of their emotional energy from the happiness of their spouses and will always make sure to appease their needs and desires.

Their children’s birth will be fulfilling as they want to spread their love and affection for themselves. They also want to put their excellent caretaking skills to use, they would love to spoil their children in the best way possible.

Natives are inclined to pursue nursing or medicine as they aspire to be able to heal others. Business, entrepreneurship, politics, education, and agriculture are likely fields in which they would be professionals as they achieve success early in life.

Regarding finances, natives tend to rely on their family’s fortune and network of connections before finding stable employment.

However, once they get on their feet, they become financially independent individuals with successful careers and have accumulated a lot of wealth.

They’re also natural-born leaders but are, sometimes, ineffective communicators. Nonetheless, they’re admired by their peers and colleagues for their excellent work ethic and ability to lead and influence a crowd of people.

Having the moon in the 4th house channels, one’s emotional energy into their personal history, ancestry, and familial relationships. They’re genuinely kind people who like to care for others, help them heal, and let people rely on them when facing difficult situations.

These individuals, however, need to overcome their emotional reliance on their family members and must be able to adopt a practical and realistic approach in life if they truly want to achieve security in their lives.

They must also learn to broaden their horizons and stop living in the past.