Learn about the moon’s placement in the 1st house of your astrology/natal chart and what it means for your personality. 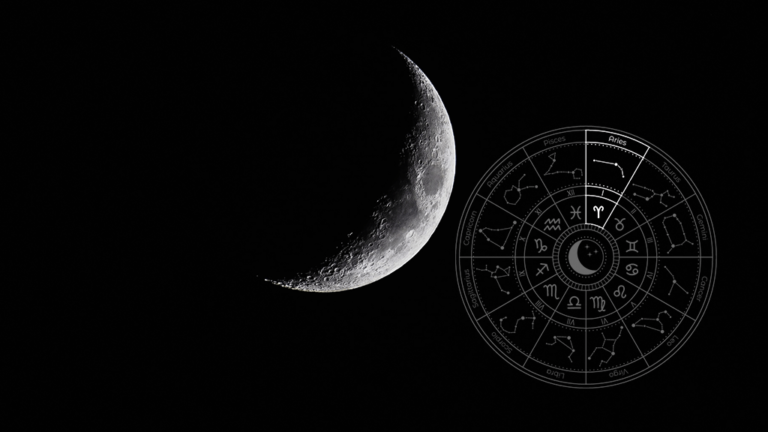 Representing one’s deepest desires, the unconscious mind, and the spiritual realm, the moon plays a key role in understanding and unraveling all the different layers that makeup oneself. The celestial body is often attributed to femininity, fertility, and childbirth.

The 1st house in the astrological cycle signifies the house of the self in all aspects—one’s emotional state, physical appearance, mental fortitude, and general temperament. It is known as the ascendant to which one can derive their sense of individuality.

Having the moon in the 1st house brings out the capability of self-expression for individuals with his placement. Sensitive, emotionally volatile, and submissive in nature, the challenge imposed upon these individuals is to strongly and effectively combat life’s hurdles.

This article will provide substantial information on the moon in the 1st house and how it affects its natives in various aspects of their lives, careers, and even romantic relationships.

Outcomes Of Moon in 1st House

The path to discovering oneself involves a lot of introspection on the ways the heavenly body in your placement can impact your house. Generally, the moon in the 1st house affects:

Read further to know the specific outcomes of this placement, including its impact on one’s relationships, marriages, and even professional career.

Holding a lot of feelings and caring for their loved ones is one of the most endearing qualities natives have. They got it from their mothers, who nurtured them with love and affection, thus, they also want it to spread to others. They are highly empathetic and kind and are essentially great listeners.

Once people get to know them better, beneath their seemingly mysterious and aloof facade is a native with a gentle heart who wears their emotions up their sleeves—they’re basically open books.

So, when they show positive emotions such as happiness and excitement, they’re genuine and honest to the core.

They have a flair for aesthetics, beauty, and art and are naturally creative individuals. They’re also physically attractive and possess a lot of charm that attracts the attention and admiration of the people surrounding them. As a result, these individuals are generally popular.

The natives will seclude themselves from the world if they feel sad, burdened, or hurt. Even if they’re known to be chatterboxes to people they’re close with, they tend to step away from the world and deal with their problems alone which could potentially be alarming.

They also don’t respond well to criticism and always react intensely, either vehemently explaining that they did nothing wrong or being highly guilty of it. They rely on the care and affection others have for them and feel rather empty when lacking in it.

Born with an idealistic outlook on life, their imagination makes them look eccentric to other people. They contradict themselves by disliking monotony but having a hard time adapting to new environments.

They also hate being controlled or being told what to do by others, even if it’s for their own good.

Natives are sentimental romantics deep-down and are always looking for meaningful romantic relationships. They tend to get emotionally attached way too easily to their partners. They usually suffer from frequent heartbreaks, but it doesn’t make them give up on love.

Individuals with this placement are generally loyal and passionate lovers who are constantly yearning for love, affection, and intimacy.

They’re not afraid of expressing what they want, and they also do their best to fulfill and reciprocate their lovers’ needs and desires.

When they find the right one, their married lives are usually blissful and prosperous. They are satisfied emotionally and physically with and by their spouses.

They will have minor mishaps grounded on miscommunication but will quickly and calmly overcome them as a devoted couple.

Success will come to the native relatively early in their professional careers if they work diligently enough to reach the top. These individuals are highly motivated and goal-oriented, inclined to establish their own business, particularly dabbing in the manufacturing industry.

Natives can also develop a preference for employment that is related to arts, music, and literature. They’re well-liked by their subordinates or co-workers due to their flexibility—throw them into any situation, and they can solve it rationally.

Politics, sports, and the entertainment industry are prospective areas these individuals can enter. They have a hard time following orders, but they’re good at organization, management, and delegation of tasks.

With emotions seated at the front and center of the core of these natives’ personas, the moon in the 1st house are individuals with soft hearts. They are natural people-pleasers but are also great at taking the lead.

Empathy is their strongest suit, especially when it involves their loved ones.

However, their personalities are a double-edged sword since they feel too deeply, which means they experience negative emotions twice as much.

They can come across as naïve and can easily be manipulated by the people surrounding them. Natives should overcome the challenge of being overruled by their emotions.