Learn about the moon’s placement in the 12th house of your astrology/natal chart and what it means for your personality. 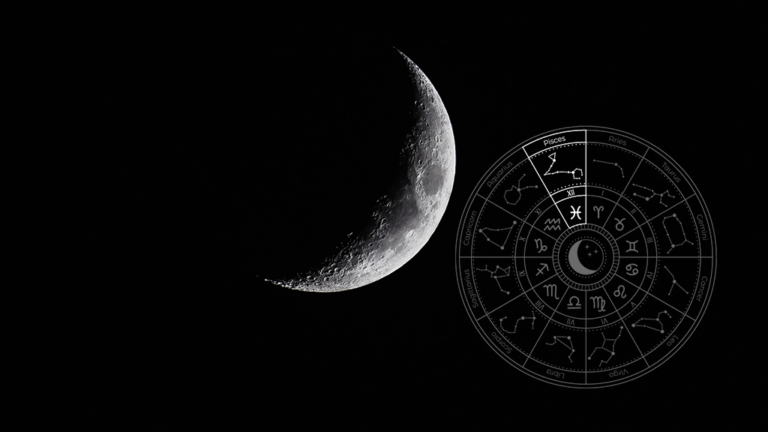 In the sky, the 12th house can be found just beneath the horizon.

Known as the house of unconscious, it is concerned with everything below the surface – from personal secrets to even illegal activities.

Natives of this house have gifts they may not be aware of, such as the capacity to understand others’ feelings with their empathic and sympathetic abilities buried deep inside them.

And just like their hidden abilities, they prefer to keep things to themselves, too.

Also associated with karma, the placement of the moon in 12th house makes natives aware of life’s tragedy, but they are compassionate individuals that still like to help others.

However, they often retreat to fantasy and have an attachment to the ethereal, which can cause them to be misunderstood.

Considered to be one of the most dangerous houses, the 12th house is where one can find their deepest fears and desires.

This article, like the placement of the moon in this house, helps illuminate all that is concealed.

Outcomes Of Moon in 12th House

Locating the deepest levels of one’s mind, unraveling one’s hidden fears and desires, the placement of the moon in 12th house generally affects the following areas:

More information about specific outcomes for its natives can be found in the following sections:

Empathic, sympathetic, and compassionate – these are traits that best describe natives. With their big heart, they selflessly help others in need, especially identifying with those deprived of rights and privilege.

They are also good at keeping secrets, and with their sympathetic nature, they get along with others. Even though their friends may just be a selected few, they have a special intuition that helps them understand what the people around them are feeling.

They often escape the real world and dive into dreams, spirituality, or the arts.

Extremely creative beings, natives with the moon in their 12th house have a high chance of success when they use their emotions without boundaries and are satisfied with achieving inner peace.

As highly private individuals, natives are hesitant to reveal their innermost selves.

They block awareness of their feelings because of fear of vulnerability, making them emotionally unavailable to help others even though they can empathize or sympathize with them.

The moon’s placement in the 12th house also makes them very sensitive, and they use this as a reason to retreat, not wanting to be involved. Easily overwhelmed, they isolate themselves; this can be misunderstood by others and lead them to think that natives don’t care, which is not the case.

With their sensitivity, emotions that can be hard to define overwhelm them and keep them from discovering their own emotional needs as well.

Thinking of their own feelings as an enigma, natives find it difficult to share their thoughts and can subconsciously self-sabotage when things go their way.

Highly sympathetic, natives can have feelings that are not their own – they may merge feelings with their partner, causing them to be overwhelmed.

This may be a problem since they can seem detached and uncaring, opting to escape than to help, even though they’re aware of what the other is feeling.

While being good at keeping secrets is generally a positive trait, individuals with the moon in the 12th house should be careful as they are more likely to have romantic secret affairs; with the placement in the 12th house, the house of everything hidden, this secret affair will be successfully a secret, too.

Prone to self-defeating patterns of behavior, and with their idealism, they can get into bad relationships and not get out with a mindset that they can change their partner.

With their keen intuition and perception, they will succeed in careers related to analysis and investigation.

The moon’s placement in the 12th house can provide them with the knowledge to assist them, and with an interest in the supernatural, they can also be good psychics.

Natives also prefer to live a solitary life, working in places not always seen by the public eye. Behind-the-scenes work or jobs they can do at home are good options. Since they like to be in seclusion, they also will do well working in hospitals or prisons.

Selfless and emotional individuals can also unleash their hidden selves, offering them to humanity. With their ability to absorb many different feelings, they may be successful writers and musicians, expressing themselves through the arts.

Beneath the horizon, the 12th house is about the hidden, unseen realm. With the moon’s placement in this house, natives are good at both identifying the invisible feelings of others and keeping things to themselves. This can be a poison or a cure, depending on how they choose to wield the moon’s energy.

While they can understand what others feel, they must learn to prioritize themselves. They won’t be able to help others if they can’t help themselves, especially with their high sensitivity and susceptibility to self-destruct.